As the co-founder and CEO of Immuta, Matthew’s mission is to make the future of data secure. He is known for building and securing scalable data systems, as well as his service and innovation within the U.S. federal government. Matthew is passionate about data policy and the future of risk management. 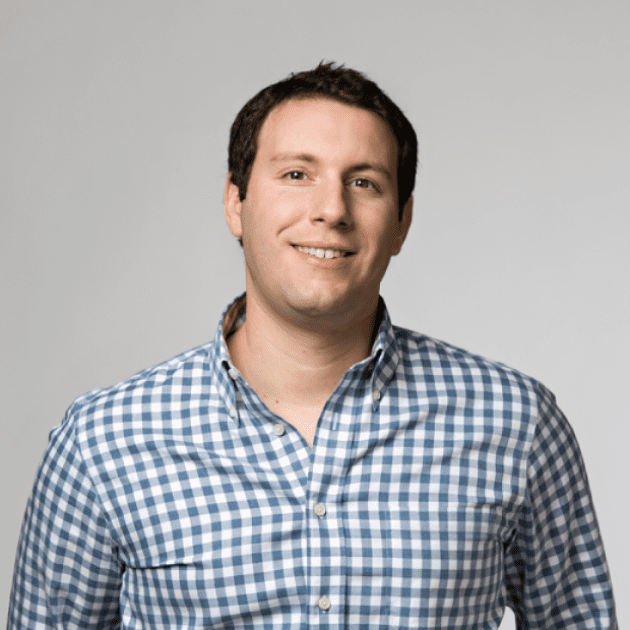 Organizations are going through a monumental shift to modernize their data stack in the cloud. Matthew’s vision is to ensure that data security and privacy are integrated into these new systems, with a focus on ensuring easy integration of policy enforcement into modern architectures.

The digital world is now so fundamentally insecure that a zero-trust strategy is warranted anywhere computing is taking place — with one exception: data science. It is not yet possible to accept the tenets of zero trust while also enabling data science activities and the AI systems they give rise to.

Organizations must find better ways to balance often competing requirements for speed and automation with those of data privacy and compliance. In this interview with partner and investor Okta, Matthew discusses his vision for the future and how Immuta is capturing the tailwinds of current market trends.

Since its founding in 2015, Immuta has quickly become the leader in data security and data access. Through strategic partnerships with best-in-class cloud data platforms, including Snowflake, Databricks, Starburst, AWS, Google, and Microsoft Azure, Immuta enables the world’s largest global companies and jurisdictions to protect and share their most sensitive data and tackle complex data access, privacy, and security challenges.

While supporting the U.S. intelligence community, Matthew analyzed some of the world’s most complex data sets and solved challenging data management, analytics and intelligence problems in the field as a forward-deployed engineer.

During that time, he quickly realized the power of data and the need to ensure that it is accessible to only those who need it, for the right reasons, and in the right form. From the U.S. government to popular streaming services, any organization that wants to compete in today’s data-driven world must enable real-time data analysis. However, the major challenge is doing so safely and securely while minimizing complexity and risk. Enter Immuta.

Matthew graduated from Brandeis University with a Bachelor of Science in Chemistry, Biochemistry, and Biology.

Five years ago, data teams were siloed and focused on helping users find and query more data. But today, data consumers exist across organizations and are going much further — transforming data, collaborating with cross-company teams, and creating new data products, models, and pipelines at a rapid pace. This new era of democratized data use is driving unprecedented adoption of cloud platforms and data exchanges, but the future has to be secure and compliant.

Immuta is the market leader in Data Access, providing data teams one universal platform to control access to analytical data sets in the cloud. Only Immuta can automate access to data by discovering, securing, and monitoring data. Data-driven organizations around the world trust Immuta to speed time to data, safely share more data with more users, and mitigate the risk of data leaks and breaches. Founded in 2015, Immuta is headquartered in Boston, MA.

Data masking is one of the most important tasks in data governance. It may seem...

Data Lake Governance: What Is It and Do You Need It?

Data lakes have become essential tools for businesses in the era of Big Data. But... What Is a Data Mesh?

A data mesh is a relatively new data platform architecture that moves away from the...

How To Easily Adapt Data Access Management for Table Grants

Attribute-based access control (ABAC) grants or restricts access to data using context-based decisions based on information about the user, ...

GDPR, CCPA, and PIPEDA are just a few examples of the growing number of strict data privacy laws around the world that are impacting virtually ...

New in 2021.3: Performance & Scale for Secure Workloads in Databricks & More

At Immuta, we have a culture of innovation and continuous improvement. We listen to our customers’ pressing data access control, privacy, and ...

Do the best work of
your career

We’re tackling the most pressing challenges in data management and data security, and we need experts in engineering, security, ethics, and law. Along our journey, there’s one thing we’ll never compromise on: our culture.